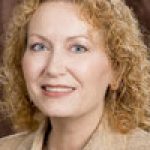 John examines JD Salinger’s novel The Catcher in the Rye. John pulls out the old school literary criticism by examining the text itself rather than paying attention to the biographical or historical context of the novel. Listen, words matter. The Catcher in the Rye has managed to endure without a movie adaptation because a lot of its quality arises from the book’s language. Find out how Holden’s voice, his language, and his narrative technique combine to make the novel work.